A presidential aspirant under the Peoples Democratic Party (PDP) and Governor of Rivers State, Nyesom Wike, has insisted that he will not step down from the 2023 presidential race.

Some chieftains of the party had demanded that its presidential candidate should be picked through consensus.

“Bandits will run when they hear my name – Wike”

Governor Wike Said in a Conference

Ganduje to Wike: You’ll be a good loser in 2023
But during an interview with BBC Pigin, Wike said those who think they can deceive him with such should perish the thought.

He said only death could make him step down for another aspirant in the 2023 presidential election race.

“Why will I step down for anybody? If you want to do consensus, there must be equity and fairness. Are the hands of those demanding consensus clean? People talking about consensus are the ones running the election. Is it the party’s decision?”

“It is not the party that is talking. In politics, there is something called shine shine bobo. The more you look, the less you see. Some people think they can deceive me with consensus. It’s a scam. I don’t like being deceived in my life.”

On what can make him step down for another PDP candidate, he replied, “The only thing that can make me step down is death. if I am alive, we will run this thing, we will hold the primary on May 28/29.”

Wike has been going round the country since he joined the 2023 race.

When he met with Taraba PDP delegates on Thursday, Wike said he was capable of tackling banditry.

“When bandits hear my name they will run because I will take the war to them. I will be the Commander- in-Chief in action. I’ll be commanding in projects, in security, in agriculture and the economy together with the armed forces. I’ll be commanding every aspects of life that will make Nigerians happy. This is because I have the capacity to solve the problems of Nigeria.”

“The one problem that our PDP government (under me if elected) must solve is to bring down the level of insecurity in this country otherwise there is no way the economy can grow,” he had said. 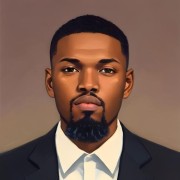 2023 Election: President Buhari Set To Endorse Favourite Candidate Ahead Of 2023

2023 Elections: The Ballot or The Bullet? By Raphael Adebayo